Growing up isn’t easy. And for the young people we serve, many of whom have experienced poverty and trauma, it’s even harder. It’s no wonder that they often turn to alcohol, drugs or crime as a way to fit in or to numb their pain. But we believe that these youth can overcome their challenges and become the people God intended. In this issue, read how our Secure school helps kids in custody learn and grow. Then learn how we’re connecting our programs to serve youth better.

It’s the middle of health class at Ray of Hope’s secure custody facility. Teacher Joel is presenting a slideshow on mindfulness. One of the students seems somewhat less than attentive; he’s reading a novel while the teacher tries to engage him.

But Joel’s not frustrated. What some people might see as disrespectful behaviour, he sees as a success. The student is 17 and has never been able to earn a high school credit. Just being able to sit quietly in a classroom is a big step for him. And when later in the class, he begins to participate in the deep-breathing exercises Joel is teaching, it’s icing on the cake.

For Joel and fellow teacher Don, these small wins are a daily highlight in what can sometimes be a challenging learning environment.

“For many of these youth, school is a foreign environment. It’s hard for them to get used to a kind, caring, consistent environment,” he says. “There can be a lot of pushback before they understand that Don and I genuinely care for them, that we respect them and we’re not going to let them push us away.”

Another hurdle is the fact that while some of the youth might be at Secure for the entire school year or longer, some are just passing through.

That’s why, even though the school’s curriculum is the same as in any other Ontario high school, the delivery methods differ.

The students are split into two groups. Joel teaches one group Phys Ed, which includes a variety of activities from Crossfit to basketball to health class. The other group, taught by Don, begins their academic session with an opening activity such as a riddle, a math problem or a debate on a current news item before settling down to individual study.

Half-way through the morning, the groups switch. And in the afternoon, the schedule repeats, except that students take construction technology with Joel instead of Phys Ed.

Even though youth may be at Secure for only a short time, Joel and Don make every effort to make students’ time in class productive.

“We have resources for youth who are only here a little while, certificate programs they can work through that teach anxiety management or anger management. These can be helpful when they go before a judge. Students can say ‘yes, I have anger issues but this is how I’m working on it’.”

The teachers also try to communicate with the school the student attended before they came to Secure, as well as the school they’re going to. We find out what they’ve been working on that we can continue, so they don’t fall behind.” 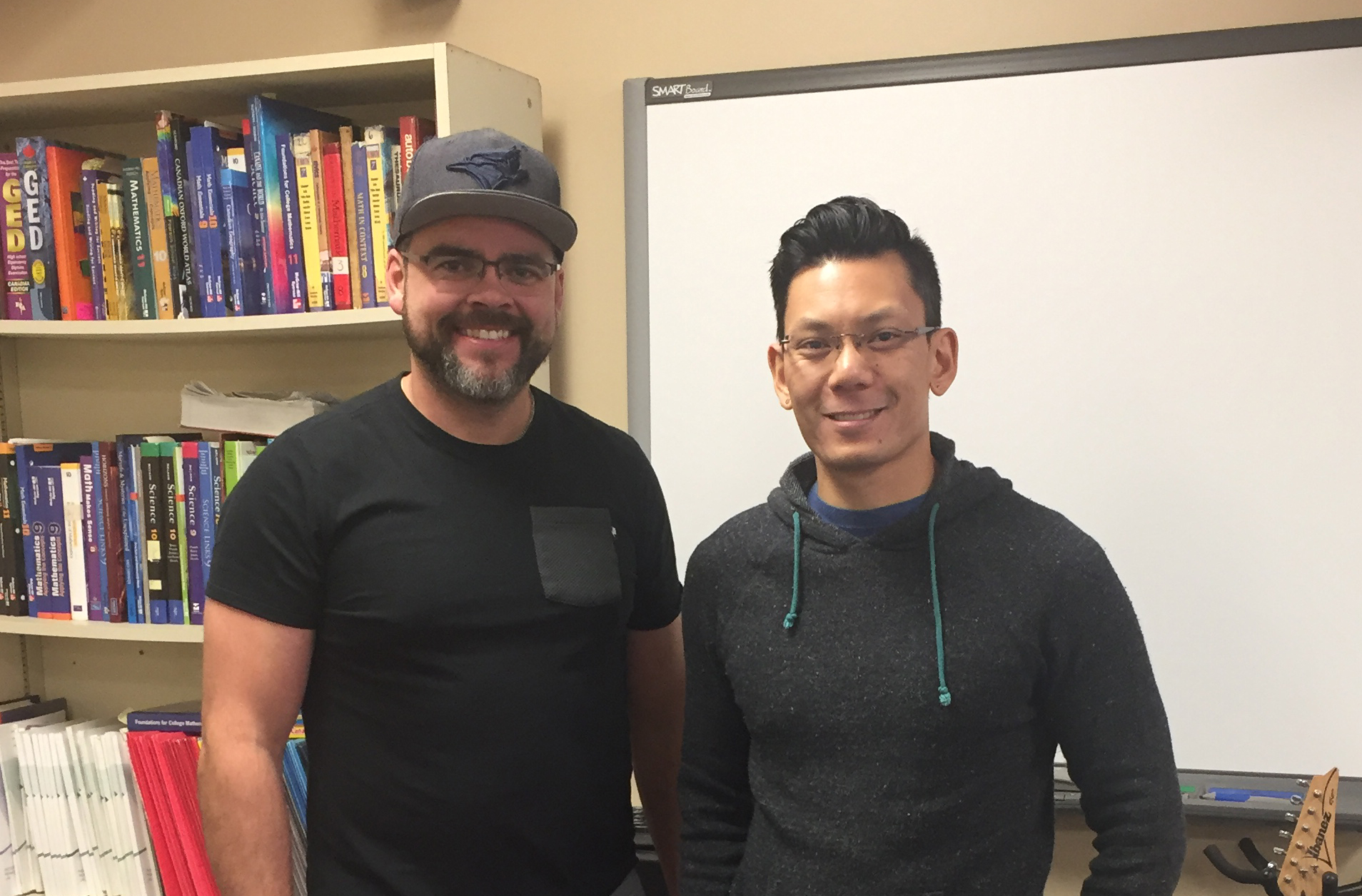 What’s the best part of teaching at Secure?

For Joel “it’s the relationships you get to build. We have no more than eight students in class at any one time. And some of these boys I’ve known since they were 13 and now they’re turning 18.”

And despite the fact that both Joel and Don are dedicated teachers, “education is not our primary goal — it’s care and treatment. We make sure the feel safe, that they feel valued. Education is a tool to promote those things.”

And while there are the small successes every day, there are some pretty big ones too.

Joel remembers one student in particular.

“Chris* was with us for a considerable amount of time and earned 22 HS credits while he was here. Then he transferred to a different facility, earned his final credit and his high school diploma.”

It was a bittersweet moment for Joel. “We did all this work together but we didn’t get to have the celebration,” he says, laughing at the memory.

Bittersweet, that is, until Joel received a phone call from Chris, inviting him to the graduation ceremony.

“To be included in this celebration of success, that was a special moment,” he says.

“And now Chris is in college.”

Sometimes, Joel says, people don’t understand why he invests his time in kids in custody.

“I tell them that, yes, some youth have made poor decisions and done some pretty rotten stuff, but at the end of the day, these boys are going to be someone’s neighbour again.”

“What kind of person do you want living beside you? Someone resentful and angry because he made a mistake and was punished for it? Or do you want someone who has been shown kindness and compassion, has worked on better decision-making, has developed skills and can go into the workforce and pay taxes instead of costing taxpayers money?”

“Most people respond to that. Especially the taxpayer part,” he says with a laugh.

He becomes serious, but still cheerful, when speaking of his personal beliefs.

“I’m a man of God and it’s not my job to judge. My Lord has put me in this place and I feel very blessed that I get to come here every day.”

* The student’s name has been changed.

How you can help

Between work on the LRT and water line replacement, ‘construction’ is a four-letter word in KW these days. Ray of Hope was impacted when the Region of Waterloo acquired our building at 1080 King Street East for the Ottawa street expansion. But what could have been a negative situation has turned into an opportunity for our youth programs.

With the purchase of 1080 King, a new home was needed for our Alternative Education and Community Day Treatment programs, as well as Youth Addictions and Youth Reintegration staff.

The search for suitable office space proved difficult as any new space needed to be on a bus route.

“Most of the youth who use our services rely on public transit to get around the city,” says Dan Wideman, Ray of Hope’s Chief Operations Officer.

A hub for youth programs

The most affordable option turned out to be in the Ray of Hope main office building at 659 King Street East. But unfortunately, that meant that tenant Faith FM had to move.

“We looked at other office space but at $8 to $10 more per square foot, it didn’t make sense to subsidize Faith FM at the expense of our own programs,” Dan says. “We were able to give them six months’ notice and, fortunately, they were able to find new space with help from their supporters.”

The 2,440 square feet on the upper level of 680 King will be converted into space for the Youth Addictions Day Treatment Program, as well as offices for staff.

In addition, the former Better Business Bureau building at the rear of 680 King will house classrooms and offices for the Alternative Education and Youth Work Experience programs. Downstairs, a program space with a full kitchen will be available for life skills training.

“Youth in these programs have similar needs in common. Employment is one issue that many of them struggle with and substance abuse is often part of the picture, too.”

Having a program hub means it’s easier for participants to transition from one program to another, both physically and emotionally. They’ll come to know staff in other programs through day-to-day interactions. At the same time, they’ll continue to have the support of staff whom they’ve come to trust in their current program.

When it comes time to transfer, “staff from one program can walk over with the youth, they can all sit down together and talk about the transition,” Dan says.

And for young people who’ve regularly experienced upheaval in their lives, that consistency and connection can make all the difference.

Renovations on the former BBB building have already started and work in the main building will begin as soon as permits are approved. The move to the new space is scheduled for February. 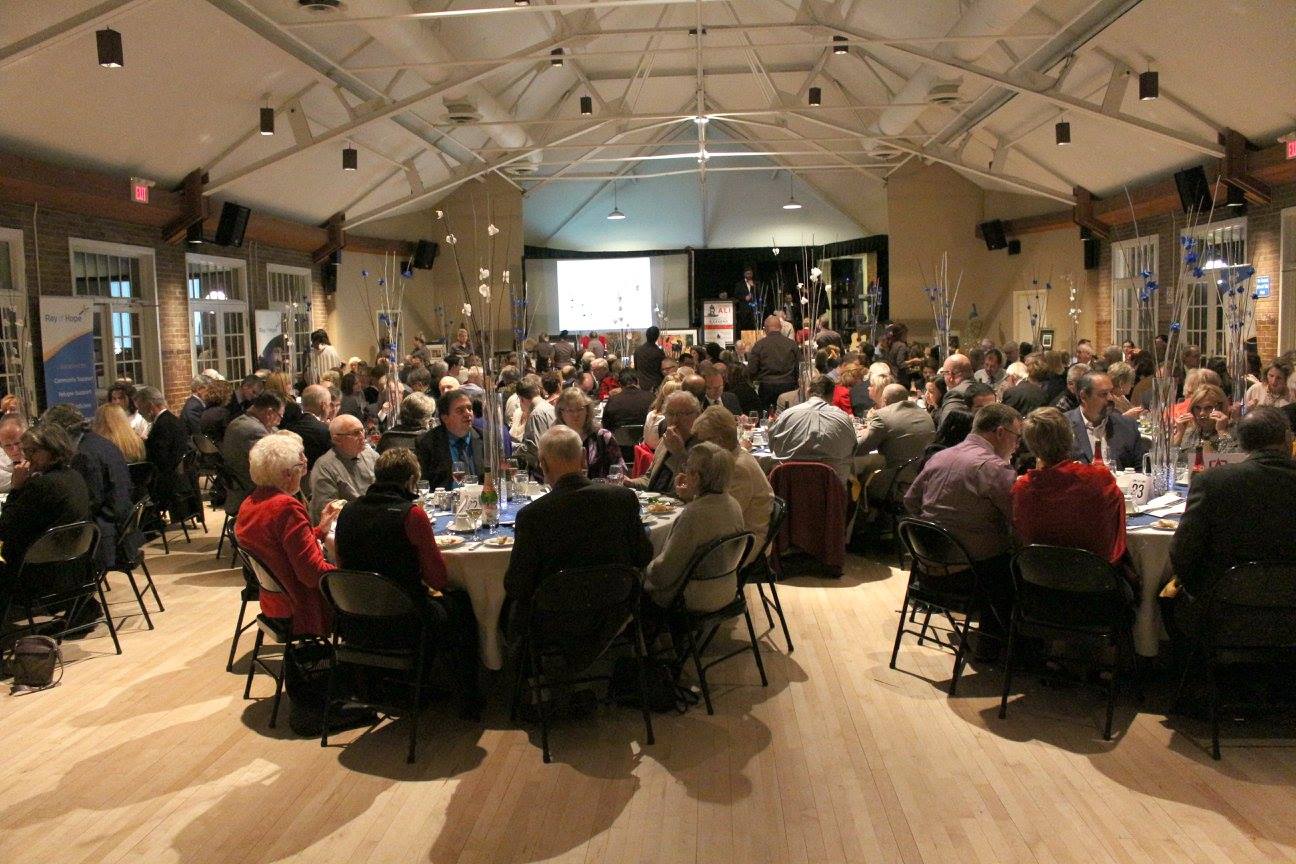 We are very grateful for God’s faithfulness over the past 50 years! See photos from the 50th Anniversary Gala on our Facebook page.