Sometimes it seems the world’s problems are so big that — no matter how hard we try — we can’t possibly make a dent in them. But then we meet someone who’s doing just that!

In this issue, we celebrate a group of public school students who surprised even themselves with what they achieved at this year’s Ride for Refuge. To them, and to everyone who supported our refugee programs through the Ride, we say “Thanks for making a difference!”

Riding for refugees with the Forest Glen Flyers

On Saturday, September 30, close to 1,000 cyclists and walkers hit the roads of Waterloo Region. Their goal? To raise money through the Ride for Refuge for causes that help provide shelter and hope to people in need

Among the crowd of people at the starting line in Bloomingdale were 113 people fundraising for Welcome Home Refugee House. And almost a quarter of them hail from Forest Glen Public School in New Hamburg.

The Forest Glen Flyers are a group of students and parents who responded to teacher Matt Peters’ invitation to ride with him.

Matt is one of the teachers who leads the school’s Social Justice Initiative, a group of students who want to make a difference, locally and globally. After a visit to the group by Sharon Schmidt, Welcome Home’s program director, Matt signed up for the Ride for Refuge and invited the students to participate. He hoped that a few kids might join him. He never expected he’d be leading a team of 26 students and parents, the 4thlargest team at the Waterloo Ride.

The fundraising goal that grew

Nor did he expect the students, who are in grades 6 to 8, to approach fundraising with such enthusiasm. In 2017, students in the Social Justice Initiative raised an impressive $2,000 for charity over the course of the school year. But this year, as Ride for Refuge donations continued to come in, Matt had to keep raising the team’s fundraising goal from the original $1,500 to $2,000 to $2.500…  By race day, the students had raised just over $4,500, with one student raising $700 by herself!

“I think what helped was having Sharon and Brandon [Welcome Home intern Brandon Wagler] come in and talk about how Welcome Home helps new Canadians acclimatize,” he says. “Our students were able to make a personal connection, to put themselves in refugees’ shoes.”

Aside from fundraising success, another positive outcome was that, through car-pooling to the event and then riding together, students and families shared an experience that brought them closer together.

What were the highlights of the Ride? The rest stop where students enjoyed free snacks (although they soon discovered it’s hard to ride while holding a bag of chips) and the celebratory barbecue after the Ride.

And for Matt, the best part was the memory of his team, “standing together in our Ride for Refuge shirts.”

Although the Ride is not an official school event, Matt hopes that, since this year’s event was so successful, students will join him again next year.

“I would encourage anybody who’s interested to participate in Ride for Refuge because it was easy, well-organized, safe … and you get sausages at the end!”

Thanks to the Forest Glen Flyers, the other dedicated walkers and riders, and countless generous donors, more than $33,000 was raised for Welcome Home Refugee House! Your dedication will help new arrivals to Canada rebuild their lives this coming year! 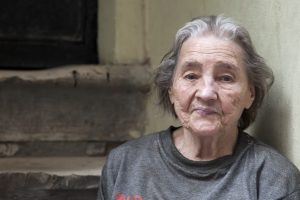 How you can help today

When you give any of these items, you help to make life a little easier for struggling neighbours. Thank you!

Or provide meals for hungry people through our secure donation page.